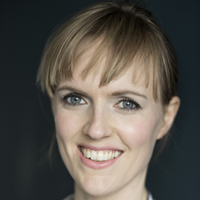 Award-winning comedian Holly Walsh has gone from occasional CBBC presenter to acclaimed live performer and panel show regular. After studying art history, Holly began her career with a comedy writing course while she was working as a gallery assistant. After writing for Radio 4 and picking up a host of new comedy award nominations, she was soon appearing on Mock the Week, Would I Lie to You?, 8 Out Of 10 Cats, and Never Mind The Buzzcocks. She’s also a regular on Radio 4’s News Quiz, The Now Show, and Just A Minute, has appeared on Charlie Brooker’s Screenwipe, and continues to write for both TV (at home and in the US) and radio. Holly’s also worked with such comedy greats as Frank Skinner, Matt Lucas and Sharon Horgan. Her relaxed, conversational style, smart observations and slightly nerdy self-deprecation has won over live audiences at clubs and festivals world-wide.